There’s a saying, “In the Middle Ages, women were trying to keep the balance between the pedestal and the sewage ditch.” On the one hand, women, even the most noble ones, were not always considered to be full-fledged people, but on the other hand, they were respected and loved.

Many people are sure that the women that lived in the Middle Ages had lives similar to those that house plants have, but this is not entirely true. Women hunted, fought, and wrote poems and medical texts.

We at Bright Side couldn’t ignore the many myths about the position of women in the Middle Ages, so we decided to find out how they actually lived. 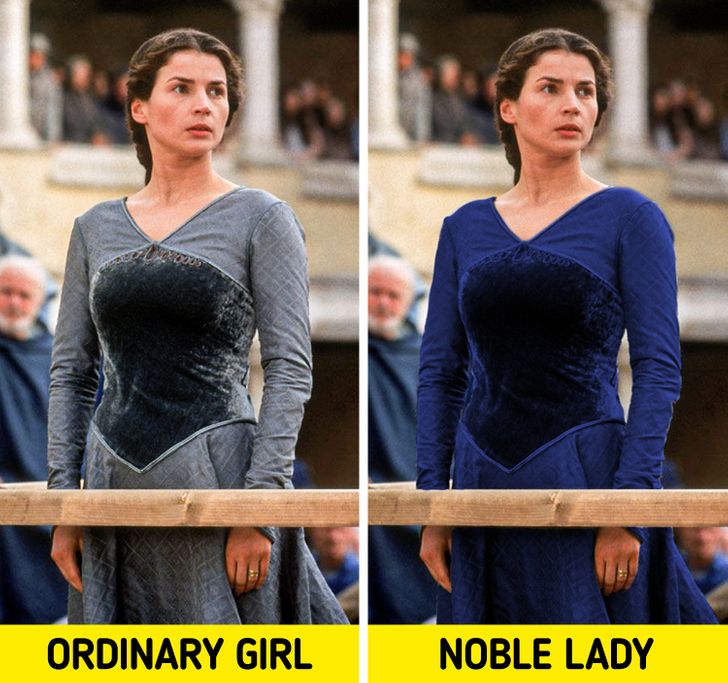 In the Middle Ages, slender girls with light braided hair were considered to be the most attractive and grey eyes were considered the most beautiful. An elongated oval face was in fashion, so in order to conform to the beauty standards of the time, women would remove all the hair from their foreheads, including their eyebrows.

The procedure was really unpleasant. At the roots of the hair, they would apply a mix of orpiment and quicklime. After that, they would apply things that were supposed to prevent hair growth: the blood of bats and frogs, or ash soaked in vinegar.

Noble ladies preferred the color blue — the symbol of purity. English ladies would get married in blue dresses, which became a tradition, according to which a bride is supposed to bring something blue to the wedding.

And the clothes of a noble lady were really bright because the colorants were extremely expensive and it was absolutely necessary for any rich man to show that he had enough money for the material. Bleak colors were considered to be for the poor that could only use herbal colorants, not minerals. 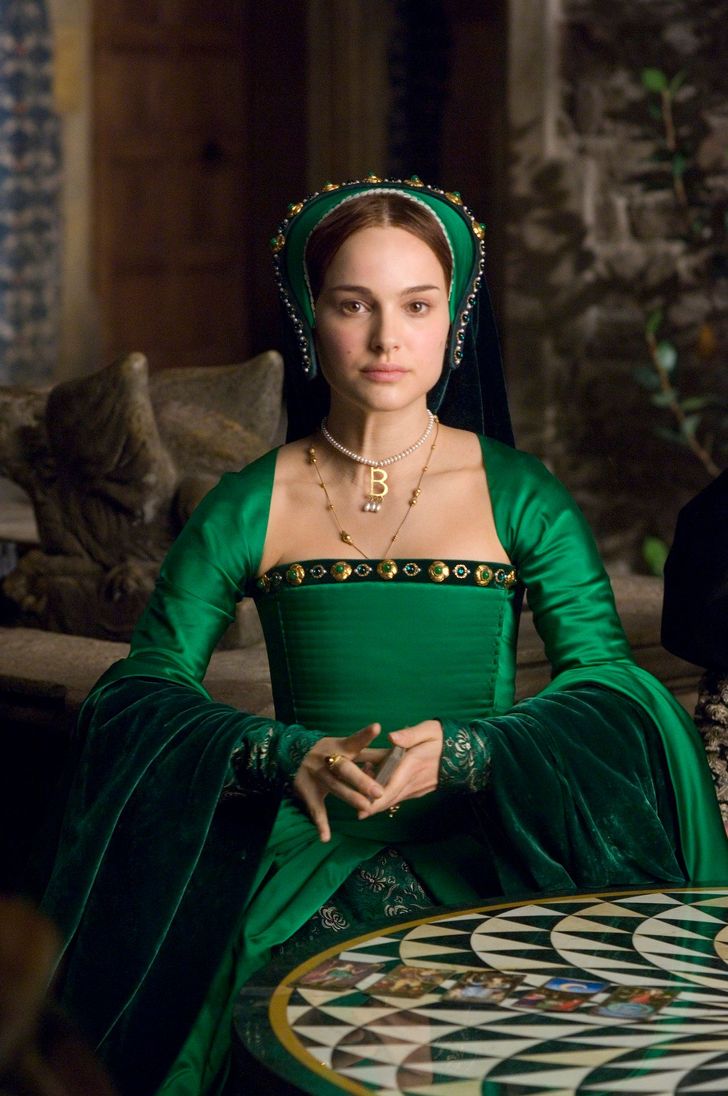 The symbols of colors meant a lot in the Middle Ages, for example, red could mean richness and bravery, and green — free love, because there would be grass stains on women’s dresses after “free love.” So, the famous song “Greensleeves” that Henry VIII supposedly dedicated to Anne Boleyn, who became his second wife, may not have been a declaration of love, but an insult. 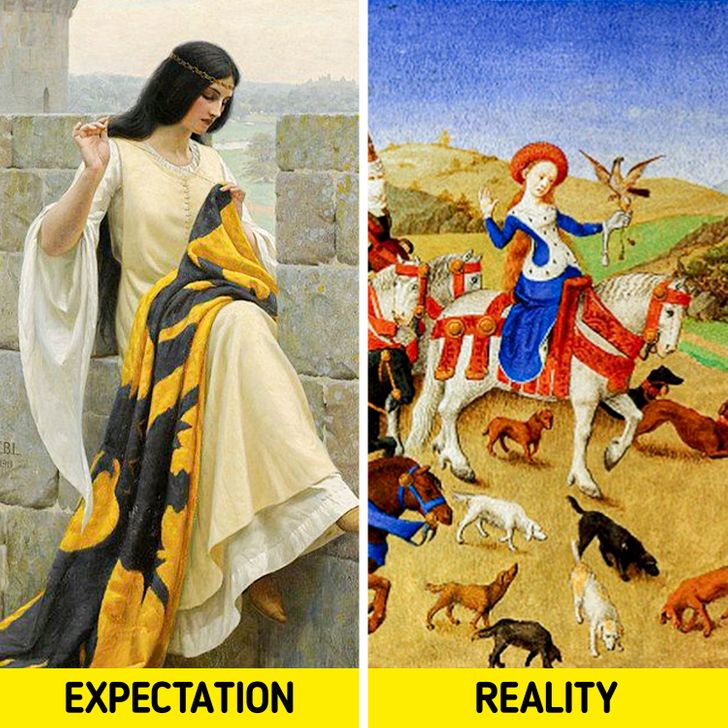 One of the biggest responsibilities of a noblewoman was to watch over her household and the work of dozens of people. Besides, it was thought that women knew how to make at least the most basic medication, provide emergency medical help, and organize the life around her so that everyone was healthy and safe.

At the beginning of the 15th century, one of the most important bestsellers of the time — The Book of the City of Ladies by Christine de Pizan. According to the author, a lady is supposed to be as smart and as brave as a man, and she should know something about the military to command her people and protect the lands if someone attacks them. Besides, ladies were supposed to be good at farming and be able to weave. And only rare ladies were good at embroidery.

Many noblewomen were very good at negotiating and they looked for ways to make peace if their husbands had conflicts with other lords or if some workers were unsatisfied. Ladies had to pay for the work of their servants and give presents on behalf of their husbands, so basically, they controlled the finances. 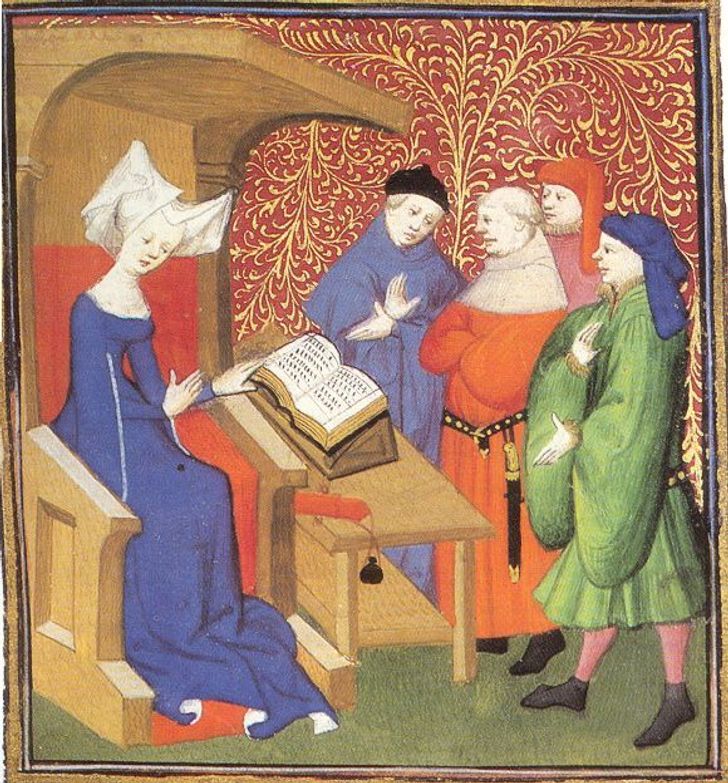 Noblewomen entertained themselves just like men did. Women would spend a lot of time playing chess and other board games. Outside, they played ball games, went on picnics, went fishing, hunted hares, deer, and hogs, and loved falconry.

Because they loved hunting, ladies had dogs — big ones like mastiffs, greyhounds, and bloodhounds. To control these dogs, they had to be able to blow the horn which was a kind of art of its own: the horn would give the dogs certain orders. 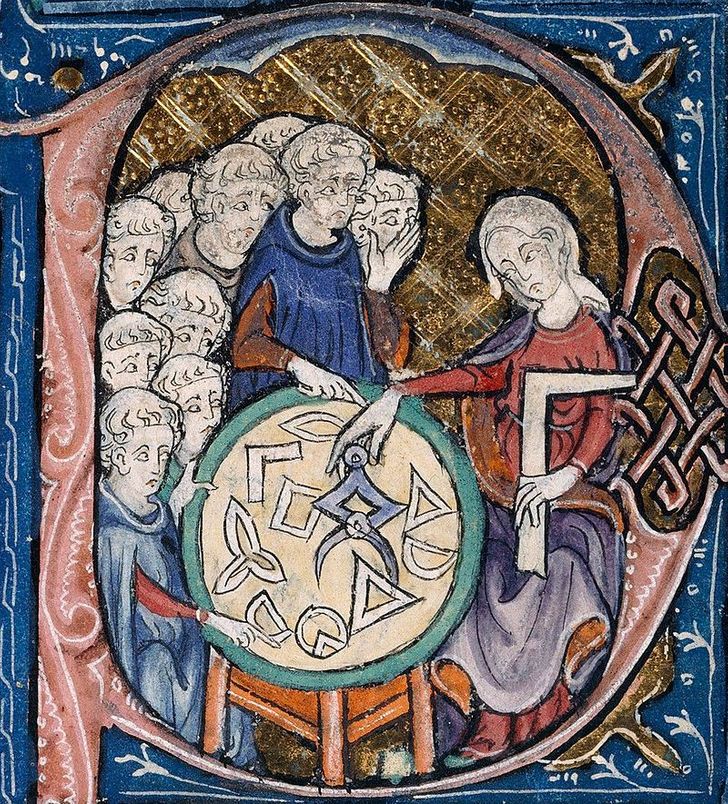 A lady in the Middle Ages was supposed to be able to read and analyze classical authors in Latin. Ideally, they were supposed to write comments to the texts they read, and be good at speaking, logic, and writing poems. Nuns were also likely to be literate. In artwork, famous female figures, such as the Virgin Mary, would be portrayed as being able to read.

The famous Parisian, Fulbert, hired Pierre Abélard (one of the most popular teachers and philosophers in Paris) to teach his niece Héloïse. And Princess Mary, the daughter of the English king Henry VII, was able to play harpsichord at the age of 4. 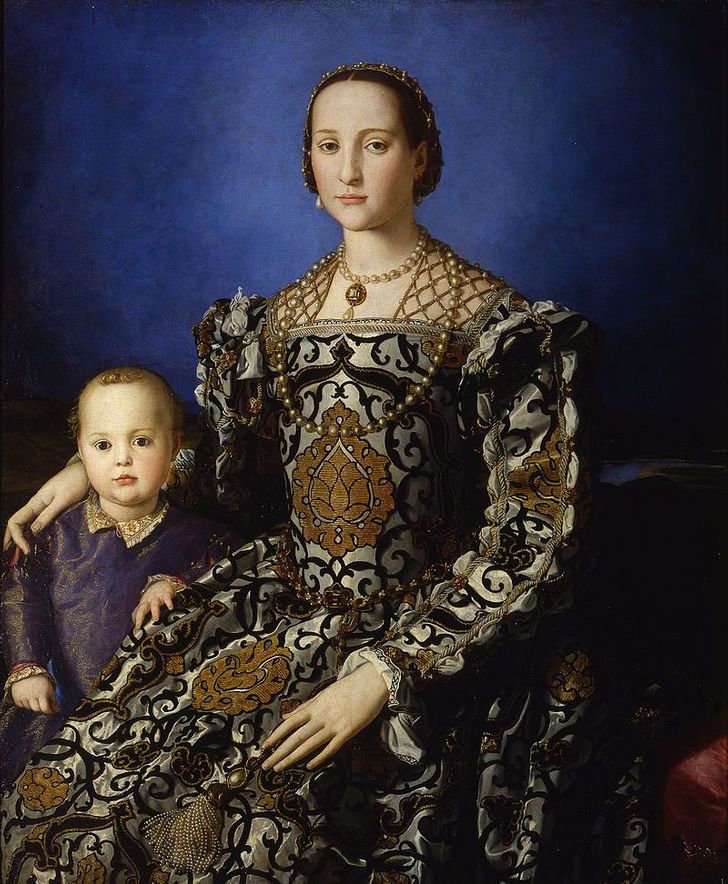 Still, the m5ost important job women had to do was have children. Women would say spells to get pregnant and tried to understand the sex of the future child based on omens. If a future mother had dark circles under her eyes and if she walked fast, she could be having a girl, and if she walked slowly, it was probably a boy. If she walked on the back of her feet, it was a boy, if she stepped more on the toes, it was a girl.

In England, the most important book for pregnant ladies was Leechbook which actually contained some good recommendations. For example, future mothers were not recommended to eat a lot of cold or wet food. The book also had some wild ideas like the more intense the labor, the more pleasure a woman gets from it.

After labor, women got a lot of rest because people believed they were “weak and ill.” The women appeared in public after the cleansing ceremony that took place one month after the birth of the child. This was a ritual to honor the young mother.

Many respected doctors recommended that ladies breastfeed their children. But some experts thought that for the first 14 days, milkmaids were supposed to do it, because mothers, allegedly, couldn’t give good milk. And to make use of the milk, they were supposed to give it to wolves. In the later comments, it said it was okay to give it to puppies.

Very often, noblewoman didn’t breastfeed their children. And not because it was hard or they were lazy, but to be able to have children again as soon as possible.

What is cloud computing? Everything you need to know about the cloud explained

20 Famous Co-Stars Who Are Close Friends in Real Life

If you have any question regarding Hd Fons.com please contact us